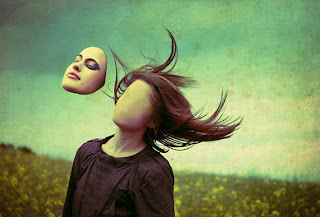 I've had an interesting time as a US  Citizen. I've seen a lot of Shenanigans, to put it ever so lightly, out of my fellow citizens. But let it be known, I was never a proper citizen to be sure. Almost all the training in citizenship is a single class on American Government in your senior year in high school, so by then it is useless to gain any appreciation of the sizeless chasm that yawns between textbook and reality. This is one reason among many why the American Government gets away with so much shit. We as citizens have abdicated our rights to create a Government that reflected the highest ideals of justice and equality. So now we have quite a job to make America worthy of its ideals instead of having to carry this sodden carcass of shame and guilt for what we as citizens have accepted and allowed this country to become; a neoliberal wet dream that faithfully follows Jesus' words,

"Whoever has will be given more, and he will have an abundance. Whoever does not have, even what he has will be taken from him."

The purveyors of the Bible will claim that this statement only refers to those who refuse to accept the Word of Christ, but Jesus, if he did say something to this effect, must have used the plainest language he could to communicate to the people. Given this view, Jesus is bitterly laying bare the psychology of the human mind, it's insatiable greed, mendacity, and an unholy determination to make others suffer for no reason other than puffing up the little dictator in your mind. And remember, this is the schematic for the neoliberal agenda.

The neoliberal agenda consists of cutting or better, eliminating public services (why?), total deregulation of companies so they can dominate each other, privatize everything that was used for the public good, like roads, libraries, schools. This is what Mitt Romney would have liked to deliver to his country club billionaire gang. But I digress.

The main thing is that we as citizens don't really care about anything beyond our small inconsequential bubble that to us seems like the entire world. We don't care about each other because we believe we don't have the time. I live between two houses and in the two years residing here I do not know either family. We carry masks when we leave our homes and think it's an accomplishment not to have a fucked up day dealing with other people. Ironically, it is within the relationships we form with others that may hold the key, if somehow we could become self-honest with ourselves and then with each other. Be all our sins remembered, as we forgive ourselves, Citizens.