According to some dictionaries, a snob is someone who believes that they are superior to others in taste and class, although the prime ingredient to be a snob is a self-importance that is offensively arrogant and annoying. And since I have experienced everyone in my life at one time or another to be arrogant and annoying, I feel that I am somewhat of an expert in bringing this character up for discussion.

Yes, I have been quite a snob in my life, usually  about things that I believe to be the most important of matters. Style, books, politics, art, music. Especially music. Don't get me started on music, because it would be my immense pleasure to inform you of the two types of music in this world: the music I like - which is genius, and the childish crap you like, and the only difference between us is that I have taste. This is what makes me a snob.

Oh yeah, and your politics? More boring than reading Ayn Rand. I despise Republicans, Democrats, Independents, Tea-Baggers, Libertarians (especially so), anarchists, Communists, Socialists, whatever... They all represent the status quo and they all do more harm than good. None of them act in the best interests of the people anyway, so don't pretend that your political affiliation is worth bragging about because it isn't.

Movies? The ones I like are the ones you should like. Don't bother showing me your favorite movies or television shows because they are most likely crap. By virtue of my wonderfully impeccable taste  in all things of art and culture, allow me to bestow upon you my favorites, as I already know you will extremely impressed with my erudite sense of style, fashion, taste and opinion. And if you aren't, it's only because you're a half-wit.

But what makes my snobby character so interesting is that it all my motivations for impressing others with my ideas, thoughts and opinions are based on a multitude of fears. Fears of inadequacies, failures, secrets, hidden shames. It took me a long time to realize this, but the tougher the talk the more insecure that person really is. Obvious so, isn't it?

Posted by theseeker at 5:48 PM No comments: 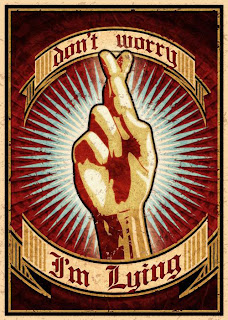 The act of lying attempts to assuage the fear of what the liar unquestionably knows. The Liar lives with an ubiquitous fear of the truth of themselves.

When I lie, it is because I fear expressing the truth of myself. I may not be understood or accepted without the lies. Lying makes the fear of ourselves and others easier to tolerate. As liars, we make sport of beliefs by transforming what we know and don't know into another version of reality. We all need lies to make ourselves look better, sound better, appear better than the truth allows. And since the truth allows deceit, so much the better for us liars.

When I lie, it's done to cover up something that I said or did that I don't want you to know about because I need to look good for those I care about looking good for. Otherwise, the fear of a diminishment of stature rises within me, which needs to be quelled and silenced.

Besides, I'm sure you have noticed how much easier it is to lie than to tell the truth. Lying is second nature to most of us. The Lying Character was born from the memory of being burned (or threatened of being burned)  by the truth. The fear of the Truth may very well be one of the biggest fears within the human being.

Another factor of why we are such great liars is due to motivation. We have all seen others commit acts which lack integrity and foster greed, which seems to allow us all to copy these patterns of dishonest behavior. And it is all due to our inability to post up against the million faces of fear.

I commit myself to not utilize the Liar Character in order to make myself more acceptable to others. Because what does that really mean? For others to have a more "favorable" opinion of who I am? People who don't even know me in the first place? It's simply an exercise in ego-building for me to manipulate people to have a favorable opinion of me. Useless. Irrelevant. Meaningless. Because what good does someone's opinion about me matter in this world. Not a whole hell of a lot.
I commit myself to not equate lying with cleverness. It isn't clever. It's stupid. When one is engaged with lying, one is engaging with creating a separation based on fear. It's a path to nowhere.
I commit myself to work on decreasing the amount of lies I tell every day and to grow in being more comfortable and open with others. 90-95% of the lies I tell are probably unnecessary, anyway. And 100% of my lies are based on fears. So by reducing the lies in my life I also reduce the fears, which to me is time well spent.
I commit myself to become more self-honest.

Posted by theseeker at 9:01 PM No comments: 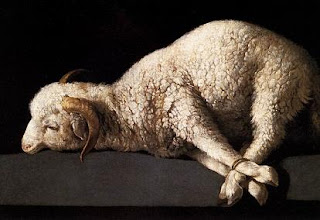 I forgive myself that I have sacrificed myself for people and things that were not one and equal with life.

What really bums me I made a really piss-poor sacrificial lamb. I gave up so much of myself and didn't even get very much in return. Supposedly Jesus Supposedly, God sacrificed His only-begotten Son, so that all people might have eternal life.”[1] See, there's an equation going on here. Something that is sacrificed x, gets a payoff, y, in return. My payoff was that I usually fucked myself.

The whole point of the sacrificed is that it must lose its intrinsic value through destruction, which oddly enough, carries the same energetic dynamic of demonism. Either mode, whether pious or demoniac, justify the murder of another creature in extinguishing life.

I look back in my life as a sad parade of sacrifices, small and large, which I enjoined because I thought and believed I was making a choice. But I never made the "choice," say, to marry women I didn't love or even intend on staying with. It seemed I was always "led" into the decision, and gave myself away, or closed my own doors to possibilities or opportunities, but I never really chose.

I'm not like the Jesus in the Crucified Christ story. I didn't seek out to be sacrificed. But I didn't (or couldn't) get out of the way when it showed up in my world. I didn't know self-direction existed then. Nietzsche would have called it "will." I was too enamored of the path of least resistance - going with the flow, as it were. And that flow led me through some strange times of self-defeat and directive paralysis.

I forgive myself that I accepted and allowed myself to sacrifice myself to/for others through "going with the flow" and giving into other's opinions of what was the best for me instead of using my self-directive principle to determine what was good for myself.

I forgive myself that I accepted and allowed myself to live in resentment for having made sacrifices of my time and energy for things I really didn't value much.

I forgive myself that I accepted and allowed myself to live in helpless anger over the sacrifices I made, because I never got what I wanted in exchange for making the sacrifice.

I forgive myself that I accepted and allowed myself for feeling cheated by the sacrifices I made, even though I realized what I was doing - taking what I thought was the "easy way out."

I forgive myself that I did not accept and allow myself to question the value of sacrifice every time I made up my mind to sacrifice myself.

I commit myself to not use the idea, projection or belief "sacrifice" or "self-sacrifice" as an excuse for not taking self-responsibility for what occurs in my life.

[1] This however, never made much sense to me because if Jesus could be "raised from the dead," then his death wasn't as "real" as human-folk are. For human beings, once you're dead - you stay that way. Poof. Gone. But Jesus gets a mulligan, a do-over. Imagine (just this once) the sacrificial lamb which the priests convinced an incredulous, ignorant and superstitious people that beast could actually be ladened  with the "sins" of the people and then slaughtered - its spirit sent back to God - imagine then after that the lamb popped back to life! The sacrifice would be useless as the whole point of taking the life of a creature is that it holds a value that is consumed and "given back to the Creator." This is a contradiction. Once a "gift" is destroyed, how can it be given back? In this case, sacrifice seems to be a negative-sum proposition. "Here, God. We extinguished the life of this animal, the life that you endowed this beast with and made it something of value. Isn't that cool?" So why would the Creator desire something of value that He created to be given back after it was destroyed? Because we are dealing with the human (genetic?) quality of escaping self-responsibility. Better to imagine someone else more powerful taking that responsibility for you.  But Jesus turns the concept upside-down. He doesn't really die, according to the narrative. He rolls away the stone and shows up to his disciples and disappears again. The precious, sacrificial quality of Jesus' death never really takes place because the Son of God is immortal. It's simply a trick. Like Sarah Silverman says, "Jesus is Magic!"

Posted by theseeker at 5:00 AM No comments: