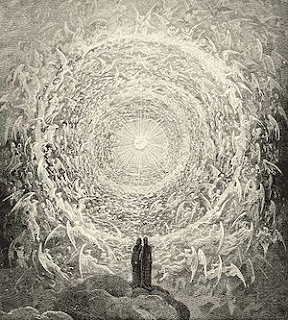 Deep into my spirituality years I was quite the seeker of what I thought was rare and obscure metaphysical information that was contained in channeled materials. I didn't follow everything as some of it was evern too goofy for me to swallow. Such as the Course in Miracles, which never failed to put me to sleep with ponderous mumbo-jumbo like this:

"What is healing but the removal of all that stands in the way of knowledge?" (p. 188)


Actually, this kind of sentiment would have appealed to me, if I hadn't looked deeper at what it really said. In any case, I just couldn't take most of it. Really. "What is healing but the removal of all that stands in the way of knowledge?" That doesn't even make sense. Knowledge is just a bunch of information that someone acquires. I suppose knowing that fire is hot and ice could comes in handy, but would one really call an agency for the restoration of health? As a metaphor, this type of metaphysical goo stinks, because it doesn't say anything substantial. And that the problem with metaphysics as a whole, especially when it's words coming from the "spiritual realms" where nobody can independently verify anything that has been claimed. What one is left is a clever arrangement of words, words, words purported to descend from "Masters" who work for the benefit of lifting Humanity up from the gross material world to the rarefied spiritual planes.

However, during my time as a spiritual Seeker, I was into channeled material big time. My favorites were Jane Roberts' Seth Material and the Messages from Michael. I read a bit of Kyron and Ramtha, but they didn't tickle my knowledge bone, and plus I didn't trust what was coming from Ramtha and suspected him to be a fake. The Seth Material was ultimately my cup of tea. I fell into it through searching for the meaning of a White Light experience that had recently occurred in my life and what the Seth Material spoke of seemed to fit perfectly. Neale Donald Walsch was also on my radar, but the more I read of his Conversations with God, the more I began to see nothing within that series was actually of any substance. Try applying those precepts. They simply don't work.

What I didn't understand or even ask myself was where did my desire for knowledge come from? I did have the sense that what I was looking for was some kind of direction, but never did I question (until many years later) whether such a yearning could have been used as a means of control. This only became apparent when I chose to step outside of what I perceived to be control: instead of experiencing freedom and clarity, bad things always happened to me. But I saw that bad things never seemed to happen to those who profited from obviously evil, pathological acts like the war-mongers and the super elites. I always seemed to lose more and more the further I tried to live whatever special spiritual knowledge I had acquired.  So have many other well-meaning humans throughout time. And we got nothing out of it. Even those who did, like Mother Teresa, was ultimately left with such oppressive doubts of God's power on Earth to the point where she even stopped praying. At least she had sense enough to question her faith. Over the years my faith in special spiritual knowledge began to erode with a greater understanding on how little impact it had in the affairs of the world. Perhaps if we amended the above ACIM quote to read:


"What is healing but the removal of all that stands in the way of common sense?"

we could finally begin to see the scales faith and know fall from our eyes. But being the well-conditioned, self-perpetuating delusional robots people have always been, we won't drop their faiths and beliefs willingly or without much pain and suffering, which is unnecessary and inevitable. We do not know how to direct ourselves via common sense because we have forever relied on being directed by whatever knowledge or opinion strikes fancy in our ear. In order to appreciate the simplicity of the healing powers of common sense, we first have to acknowledge that what we have relied upon does not work for the best of all. It sure as hell doesn't work for most of us! Doesn't that appear to be a problem? The search for spiritual knowledge is the beginning of deception. Just ask Mother Teresa.

I am grateful (eternally) that when I had finally put away my search for special spiritual knowledge I encountered the Desteni Material almost immediately. Never again will I succumb to White Light propaganda or religious belief systems, as they have proven to be utterly useless in addressing anything of relevance. I read the damn material and I saw what was missing: even though my heart was firmly with those who suffer and are without hope, I did not recognize my own self-interest within all things and I sure as hell didn't appreciate the extent of  my responsibility to all. This is why the Desteni Material is different. It embraces everything that special spiritual knowledge has ever rejected: what is Here in Oneness and Equality

Writing For the Best Life: My Experience on the Desteni Farm

Writing For the Best Life: My Experience on the Desteni Farm:    When I first got off the plane in Durban I didn't know what to expect which was cool because previously to departing from Canada I...
Posted by theseeker at 1:30 PM No comments:

Day 6: Hung up on the Absurdity of Selling 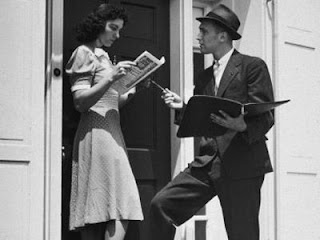 The past few weeks I have been facing my resistance towards selling. I've looked at this for quite a while, this resistance, and it seems to me that my resistance for "getting out there" and selling products in order to survive has its roots in what I've judged as the "absurdity of so-called life." Better phrased, I've judged the capitalist experiment as an "absurdity that ruins life." Because the whole affair is so patently pointless. Look at Steve Jobs. That guy sold more crap than anyone, and yet the billions of bucks he accumulated couldn't keep him from dying. No matter how many widgets I sell, the only reason I sell them is to have a bed to sleep in and food to eat, and for myself, that seems to be an awfully small and meaningless circle. Maybe if I had somehow gotten used to raking in big bucks I'd have a different perspective. But I would also have to change into someone else with a different set of premises which end up loving money as the end that justifies everything else, especially a Heaven for me and an ocean of Hell for you. It doesn't add up, for Death is the Great Subtractor and erases all our breaths except for whatever we managed to leave behind for others to ponder over. And right now I'm pondering the notion of selling things we make for money, ahh... money. Money can't buy me love, but when I have enough of it, it sure as hell pays my bills. But that doesn't remove the absurdity of it all. It only enhances it.Which brings me back around to my resistance. God, I hate playing the game, but we're all forced to play it or else we're fucked.

Therefore I commit myself to be aware of who I am within all that I have accepted and allowed myself to participate within the selling and buying of objects,  and not define myself within its absurd systematic process.
I commit myself to continue to work within the power of words to bring about a dignified  life for all.
I commit myself to stop judging myself and others through this process of economic survival, as there is no point in judging the consequences of what has already been accepted and allowed by myself.
I commit myself to continue to realize that judging myself and others for what we do isn't as crucial as understanding who we are within what we do, for we can remain stable for the moment when absurdity must be walked as the consequence of accepting and allowing such absurdities to exist.
I commit myself to never give up within the jaws of absurdity, because it's going to take a lot of work and money to accomplish what needs done. And if it takes money to get it done, then I have no choice but to become more and more effective with the creation of money through selling things to other until an Equal Money system is in place and we can finally discover what life really has to offer.
Posted by theseeker at 6:38 PM 1 comment:

Day 5: A walk through Hell-th

I commit myself to further develop my self-honesty, self-forgiveness and self-trust to walk through the consequence of my own making.
I commit myself to hold the realization that it's not about the illness but who I am within the illness, and that I have no choice but to move through the consequence to the other side through developing and maintaining the tools I've been given to assist me.
I realize that I have been incredibly self-dishonest and that is why I am in consequence, so I commit myself to continue to develop my self-honesty and breath more and more even though I don't know where this will all take me.