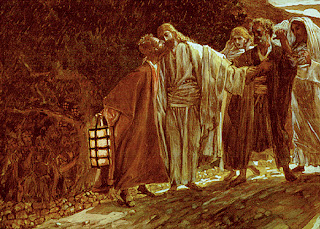 This post has taken me over a week to post. I spent (err, wasted) lots of time ruminating over the subject - to make sure I get it just right. But it doesn't seem to be happening for me. But one week is enough and I'm just going to let it out so I can move past this wall of indecision here.

Everyone goes through this. That special event where one is "betrayed" by friends, or those whom once thought of as "friends." The evaporation of trust whether if it manifests in an instant or a long-drawn out growing suspicion has the same effect. One is left wondering how one missed all the signs that were obviously there. For my part I have always felt a moment of disorienting nausea when betrayed by someone. Obviously one can only be betrayed by those one previously trusted. Arthur Miller claimed that betrayal is the "only truth that sticks." Maybe it is, maybe it isn't, but the chance of being betrayed by people is one reason why I never got very close to many people. Another way of saying this is that I trust very few. And the more I've been betrayed, the fewer that list gets.

Here's one story about betrayal I don't mind sharing. A couple of close friends of mine promised to put me up at their house for a while until I could get back on my feet. I expected to be there for a month or two but it was only four days before I was told I had to leave and they threw me out on my ass in the middle of a snow-crusted Ohio winter. It was a bit strange to be on the receiving end of this kind of treatment, especially from people I had known for decades. But this is not to say I have been guiltless of betraying others. Far from it, although it would be a close bet on who I've betrayed more, myself or others (I've certainly betrayed myself more times). This would be a lot easier post to write if I concentrated on the numerous ways people have betrayed me. However, such a tack would not lead to self-responsibility but to blaming others and forgetting the pattern that was mine established within self-dishonesty.