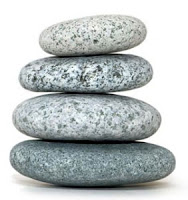 I was sitting in a group of people who were discussing the Law of Attraction, energy and positive thinking. There were a lot of perspectives being bandied about and while such talk usually ends up boring me, thankfully the conversation turned a corner and someone related the very brief story of the bamboo tree. To grow a bamboo tree, one has to water for what looks like a whisper of a sprout for years and years. One needs to attend to this sprout consistently, attending to water it every day for years. I don't know if this last bit is true, but after 7 years the bamboo suddenly shoots up to a hundred feet tall, or whatever. I don't know anything about bamboo. They do seem to grow very high, though.

I liked this story so much better, however. Firstly, it was instructive in how one doesn't need energy to achieve an outcome. Patient, consistent action and a will that doesn't give up. A recognition that you can't sidestep or shortcut the programming of a bamboo plant also requires no energy. Is it possible that energy isn't as vital as an ingredient to manifesting what you want as it is believed by some?

As I rolled that over in my mind it occurred to me that all my failures in my life came about due to my reactive mental state, emotional instability or just plain giving up. In relationships I must admit in falling on all three points simultaneously. Often. They aren't joking: hindsight is indeed 20/20. If I had only realized how much I was about to lose by falling into emotional, reactive states which I thought, bizarrely, would somehow get me out of trouble. Looking back, it's hilariously funny now that getting out of trouble was never in the cards for me. Giving into emotions, desires, energy and giving up always seemed to leave me worse for wear. It was unfortunate that I couldn't tell the difference or read the moment when it was really time to give up and when it was time to let go. If I instead remained stable throughout the slings and arrows of outrageous fortune, I could have benefited from better decision-making. I could have saved myself and the people around me from having to deal with loads of unnecessary shit.

I forgive myself that I have accepted and allowed myself to be captivated and carried away through energetics of feelings and emotions - I didn't understand the nature of energetics nor considered that they may not be beneficial to me or others in my reality.

I forgive myself that I have accepted and allowed myself to destroy myself and others through misuse of energy and unclear thinking.

I forgive myself that I have accepted and allowed myself to not consider patient stability in dealing with my problems and within my relationships with others.

I forgive myself that I have accepted and allowed myself to constantly look for shortcuts to reach my goals. This was done out of an inability to slow down and patiently apply myself effectively to the task at hand.

I commit myself to exist with consistent, patient action that brings about the result I'm looking for rather than focusing energy of achieving completion of a goal. 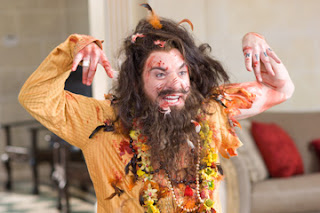 The syllable gu means shadows The syllable ru, he who disperses them, Because of the power to disperse darkness the guru is thus named. — Advayataraka Upanishad 14—18, verse 5

The tao that can be told is not the eternal Tao The name that can be named is not the eternal Name. The unnamable is the eternally real. Naming is the origin of all particular things. Free from desire, you realize the mystery. Caught in desire, you see only the manifestations. Yet mystery and manifestations arise from the same source. This source is called darkness. Darkness within darkness. The gateway to all understanding. - (1) Tao Te Ching, Trans. Stephen Mitchell


I suggest, that one consider, forgiving yourself for every single point where you have denied yourself the insight, the realization, the common sense that Life is Equal within everyone.  For that, Forgiveness is a tool, because in that you give yourself freedom from your delusion.  - Bernard Poolman

So gurus exist to disperse the darkness? That's so like them. Maybe that's why I never trusted any of them. Krishnmurti (J, not so much U.G. - he was actually kinda cool), Alan Watts, Osho, the Buddha Boy, etc. I just couldn't get behind any spiritual teacher enough to say, "Yes, that's it. I'm following him." When I look back on it, that attitude may have been ingrained within me from when I was involuntarily dragged to different churches during my childhood. I hated them all for the most part, and I especially loathed the preachers. I hate to get all Holden Caulfield on ya, but anyone could see they were all phonies. If I was going to accept spirituality, it would have to be acceptable on my own terms, not what somebody else said about it. My problem was that I accepted too much of it, far too much to see and recognize the farce and the illusion of its entirety. Yes, that's right, I knew and understood that most of spirituality was bullshit. Course of Miracles? Bullshit. The Urantia Book? Bullshit. Ramtha? Bullshit. But the Seth Material, the works of the ancient Gnostics, Theosophy and Conversations with God? Oh, those were just fine! I bought into those works because they contained the right amount of pure bullshit that I found agreeable. That’s the key. Everybody tends to gravitate towards the perspective that carries the same frequency of their programming, knowledge and information. And then become controlled by that.

What is interesting is that all these works have the same built-in deficiencies: not one of those sources of “wisdom” addressed why so much evil shit kept happening, and for all intent and purposes, that evil shit seemed to grow at an exponential rate with each new day. The more I got into it, the more it began to frustrate me. I didn't really want to know the secret behind existence as much as learning what could be done to fix and repair this world. In the end, spirituality taught me that it could only offer vague blandishments and esoteric, meaningless bullshit. Spirituality contains no solution, you know. Bullshit, no matter how esoteric or meaningless, is never about a solution. That's why it's bullshit. But in the hands of a master bullshit artist, like a politician or a guru, one can make anything sound beautiful and relevant. And since people have been programmed to equate flowery bullshit with "truth" and "nice feelings," they can find more than enough dupes to subsidize their lifestyle and self-illusion. Most people are content with living with bullshit. But gurus make their followers feel “special” by dispensing “pure bullshit.” As Riz Mirza says, “It’s a great gig.”

And now you know why gurus exist - to find people to subsidize their lavishly-built spiritual illusions. The job of the guru is present themselves as shortcuts to Enlightenment. And that for a commission, they can shortcut enlightenment for you, too. The Guru will promise if you follow his methodology, teachings and perspectives, you can become "more" than you are now. You will become a “new being” if you will chose to feel "happiness" and positive and believe that your new self-definition is real without doing a goddamn thing. Well, except giving the guru money, recognition and followers. Gurus teach how to "disperse the darkness" of the real world be escaping from it by fleeing into a false consciousness filled with rainbows, unicorns, energy, light and love and feelings.

It is unfortunate for gurus and their hapless followers that they will never consider that their knowledge, consciousness, energy and feelings – everything that makes them feel good about themselves - are not real. The only reality that matters is the one they are trying to escape from. And the gurus and their followers of Light and Love are too enamored with their own perspectives to ever break free of their self-delusion to consider anything that doesn’t “feel good” or justify their self-interest.

So, how did I manage to break out of that spirituality bubble? I realized that it didn’t answer the questions that I had or cared about. I wanted to know about why the world was so fucked up and people were so shitty to each other. Why governments and corporations have been allowed to run rampant over the lives of beings that have become disposable commodities. I didn’t see the connection between all of that and walking around with a phantom of St. Germaine on Mount Shasta or being in contact with aliens. I couldn’t connect the dots. It was an interesting detour from the awful reality of this world, but the awful reality world never went away. And I guess in the end, I felt more of a connection to the abused and the disposable and the powerless in the world. That’s why when I finally bumped into the Desteni Material, I felt like, “Wow. This is the shit!” The missing blanks filled in with common sense and hard, gritty substance that did not forsake the real world. The search was over. The news that the Desteni Material brings isn’t a sugar-coated cake to make you feel good about yourself – but it will make you reconsider your priorities, and more importantly – take goddamn action to really change yourself and your world. If you are only concerned with maintaining your own special, light - filled scene, then you’ll only see demons. Which is to say, you’re only seeing a reflection of yourself.


Posted by theseeker at 9:04 AM No comments: