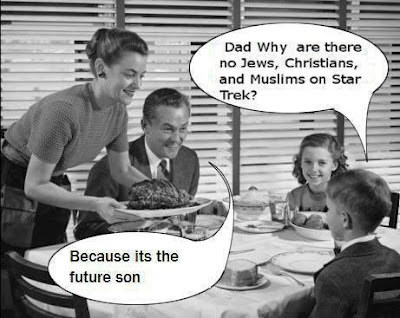 During my career as a long-standing atheist, amazingly it has just occurred to me that I have probably never changed the mind of one single religionist. Certainly nobody in my family, who no longer speak to me, but that's okay. I'm not missing the acrimony and the obligatory sea of bitter recrimination, thank you.

Atheists, listen to me. You are never going to change the mind of a religionist no matter what you say or how many times you call them "stupid."  It's pointless. And if you go to the atheist reddit dungeon, Christ Almighty, it's simply ridiculous the way the atheists bitch and moan about how stupid Christians, Muslims and Jews are. I get it - the meme  posters can be funny (on both sides) - but it's never going to get the religion out of the person. You might as well pray to an invisible man in the sky, as it will give you the same results. I guys the wise - guys at r/atheism  believe they're doing something without actually... um, doing something.

Well, I used to be the same way, full disclosure. My eyes would light up like a lighthouse beacon on a clear night. Still do. One of my favorite pastimes was to find out that someone was a Christian and attempt to engage them into a border war discussion (always friendly). I thought I was doing them a favor, but it never really produced a "thank you," in any case.

The other arena I found myself relishing the religious debate was of course, on the Internet. I really enjoyed taking the piss out of nitwits who attacked members of Desteni and felt justified in bashing then (always friendly) to pieces on You Tube or wherever. After a while, I got tired of it. If Christians or have been hypnotized by their holy books, so be it. They're hypnotized. I just have to find minds that are a wee bit more open. These folks usually make better conversation anyway.

The best way for atheists to deal with religious people is to leave them alone. Most atheists behave like religionists, anyway - and the funny thing is that they don't see the evangelical nature of meme - ing the Internet to death.

I forgive myself that I accepted and allowed myself for thinking that Christians were stupid and too dull to realize that they've been duped, as I didn't understand that these people had been assaulted by the mind control devices that are the "holy books" of religion. I realize there's not much that can be done in these people and I commit myself in not doing that anymore.

I forgive myself that I accepted and allowed myself to enjoy engaging in war - like arguments about religion, pitting what I thought was my superior intellect and point of view towards defeating the religious imbeciles. I realize this is counter - productive, and a waste of time, for I will only be seen as a "test" that was sent from God, anyway. So I commit myself to not doing that anymore.