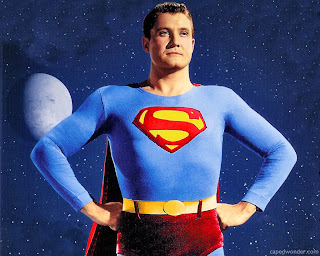 Superman represents invulnerability, fair play, Mom, Apple Pie and the American Way. As such, Superman is all-powerful and always manages to get to the scene in the nick of time. Apparently, nothing can really kill him. The Man of Steel is much like Jesus or a God.

When I say, "Waiting for Superman," I believe the phrase represents something that is nestled deep within the American consciousness. It's like a back door desire that claims "someone or something will come - and you won't have to take responsibility for yourself.

Aw, thanks, Superman. I didn't know you were taking my self-responsibility from me.